Tom Curran: A Passion for Story

Tom Curran is an Emmy Award-winning cinematography and filmmaker whose insatiable curiosity and lust for storytelling have taken him around the world. His recently traveled to Moscow to record Olympic athletes in training for the Netflix original series Chelsea Does. He previously spent months camping in the Arctic for Animal Planet’s Ice Cold Gold. His 2002 documentary Adrift: Lost on the Road of Expectations, about his upbringing in rural Alaska, was named Best Documentary at the Anchorage Film Festival. Tom is uncompromising in his quest to capture spectacular, emotionally powerful imagery, and he is uncompromising in his choice of gear, which includes Vocas base plates, handgrips, follow focus systems and matte boxes.

Recently, Tom Curran spoke with Manios Digital & Film about his career and his choice of tools.

Manios Digital & Film: How did you get started in cinematography?

Tom Curran: I studied still photography in school. I was interested in video production, but knew nothing about it. I landed a job at a small production house in Boston that served several very skilled documentary DPs. I got to assist them. I worked with a couple of them shooting the Iditarod in Alaska and other extreme adventure events. Most were done single camera. So, that was my background and it served me well. When you shoot single camera, your strength is listening. You learn how to shoot, but what you really learn is what drives the story. You do that by listening.

MD&F: What are some of your most memorable projects?

TC: Every series, project or film has unique demands that push you. My most recent project was the Netflix series with Chelsea Handler. We traveled the world. It was a true 4K series. It required 4K sensors and it required raw. There were a number of technical requirements that we had to conform to…which was fun. Canon had just released the C300 Mark II and we went with that. It was a challenge. When you go to China or Russia, you don’t have a lot of support, so you have to have everything worked out in advance. You have to have the workflow worked out. The cameras have to operate the way you want them to. For me, it’s very satisfying to work things out with a new camera. 4K is a heavier load, so we paired the camera with lightweight Cabrio lenses. It was a great marriage. It allowed us to move quickly and maintain a high bar with the look—cinema quality. I’m very proud of that.

MD&F: What other kinds of tough shooting situations have you found yourself in?

TC: Shooting in a remote jungle in Belize with heavy humidity and a canopy so thick you can’t tell if the sun is out—that’s a challenge. So is the Iditarod. When you’re working at 30 or 60 below zero, everything has to be thought out in advance. Equipment goes down fast. The body breaks down fast. I like those challenges.

Recently, I was shooting diamond miners in a remote part of Greenland. I’d never seen anything like it. I’ve been to remote areas of Alaska, but this was different. We were disconnected, off the grid. We had SAT phones and they didn’t work well. But you’ve got to make a TV show. You are out there for two months and you’ve got to think of everything that could go wrong because it always does and you do your best to have back up in place. Things are going to break. But, hopefully not big things. I love that. I like doing the job as well, but the prep is just as important.

MD&F: What made Greenland so interesting?

TC: The scale of the country. Seeing miners against the massiveness of the landscape…and how little greenery there is. It’s mostly stone and rock. We wanted to show the scale of nature, but also get in close with the miners as they discover diamonds. We bounced back and forth. Moving in for very intimate scenes, then dropping back to show the scale.

MD&F: What cameras and lenses do you like to use?

TC: I generally work with ARRI and Canon cameras. I own the new C300 Mark II as well as ARRI Alexa and an Amira Mini. For documentaries and unscripted, Fujinon’s Cabrio zoom lenses have been game-changers because of their sharpness, balance and short focus. The Cabrio 19-90 became the first lens I traveled with. On the Netflix series, we had three Cabrio lenses, the 14-35, the 19-90 and the 85-300. For me, they are the holy trinity of lenses. All weigh under six pounds and all have the same mounting. It’s incredible. I can make lens changes very quickly.

Sometimes I work with an AC, sometimes not. Shooting a documentary is not like shooting a commercial or a feature. I have to have cinema quality equipment, but I have to move quickly. If you are spending a lot of time making lens changes, you are going to miss the story. My equipment choices are all driven by the story.

MD&F: Why do you use Vocas products?

TC: The base plates are lighter, more flexible and more thoughtfully designed than others. When we did our build out of the Mark II for Netflix, we lined up three competing products side by side. I brought a scale with me and I weighed everything because it’s all on my shoulder. Vocas was two pounds lighter than the others. So it was already ahead. On top of that, the plate was better designed. The C300 Mark II and the Alexa Mini don’t weigh anything, so you need it behind you for balance. The Vocas’ rail system allows the camera to slide behind. That’s smart.

I also use Vocas matte boxes. What I like about them is they have internal eyebrows. I find that useful. And, the release trays are designed so that they don’t fall through. If you drop a tray it doesn’t crash to the floor. I have nothing but praise for their design and weight.

I also use Vocas’ Aaton-style wooden handles. They make hand-held shooting much more comfortable. In long verite scenes you have to be able to move your grip or you will lose blood flow. The wooden handles move and change direction.

MD&F: Are they built to stand up to documentary use?

TC: Vocas quality is second to none. The designers have been careful to consider how the handles interact with various cameras, how the camera is going to sit on your shoulder, how quickly you can maneuver them. They’ve made them light without compromising integrity. I’ve never had a Vocas product break down on me. I used Vocas base plates in Greenland. We had a camera drop into a fjord. The camera was lost, but the base plate came off and went onto another camera!

MD&F: What advice do you have for aspiring cinematographers?

TC: Study the masters. Watch films that were shot 40 years ago…Salesman, Grey Gardens. Albert Maysles shot single camera. He and his brother were the only ones in the room with the subject. Frederick Wiseman’s films are the same way.  Watch those films. I still do. I see what they are doing. They are using the lens the way you have to when you are shooting single camera. They are thinking about the scene editorially; they are always looking for choices. When you shoot multi-camera, you are more or less being told what to do, so you don’t develop that muscle. Learn how to think on the fly. That to me is the real skill…that’s where the excitement lies. 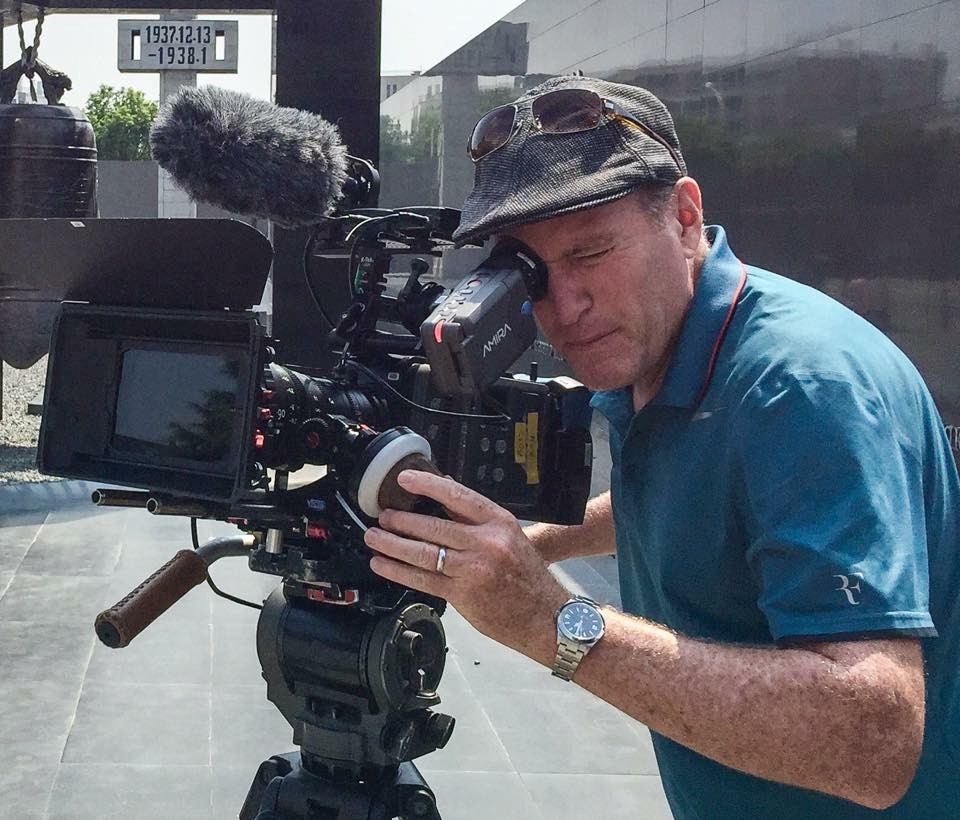